Seek a chuck roast that is well marbled without containing a lot of gristle and chunks of fat. Chuck roasts used to be cheap but, like most meat, that's no longer true. Don't settle for a crappy cut. Avoid the generic soup mixes, too.
Yes, you could add some carrots. Even potatoes. But I suggest mashed potatoes because of the incredible and flavorful gravy. I have never added mushrooms ... but ... most likely, yes. This is just a basic canvas. You add details you would love for a family landscape and masterpiece.
Line a cookie sheet with foil. Criss-cross two large sheets of tin foil on top of that. Each sheet should be twice the width and length of the sheet. Place chuck roast in center of cross. Sprinkle with dried, onion soup mixture. Top with mushroom soup and scatter the sliced garlic on top of that. 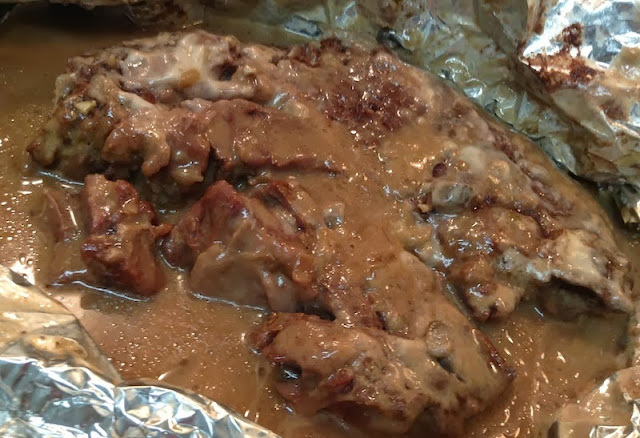 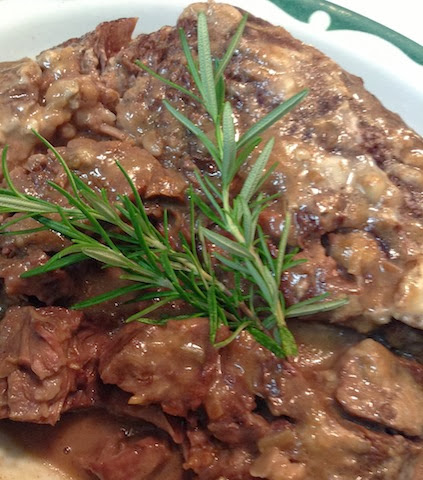 Posted by Kitchen Bounty at 6:03 AM 0 comments