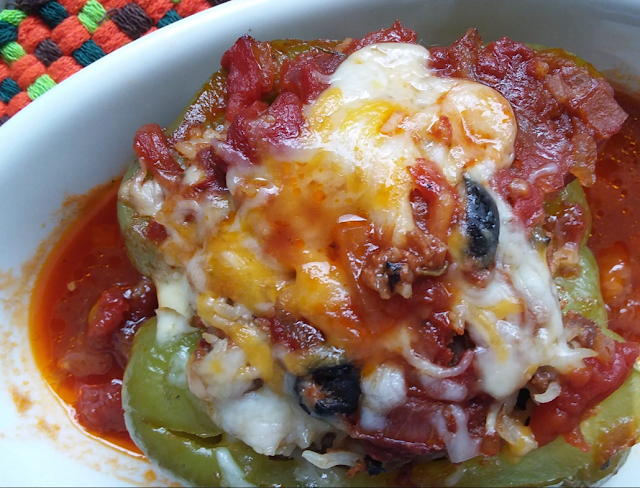 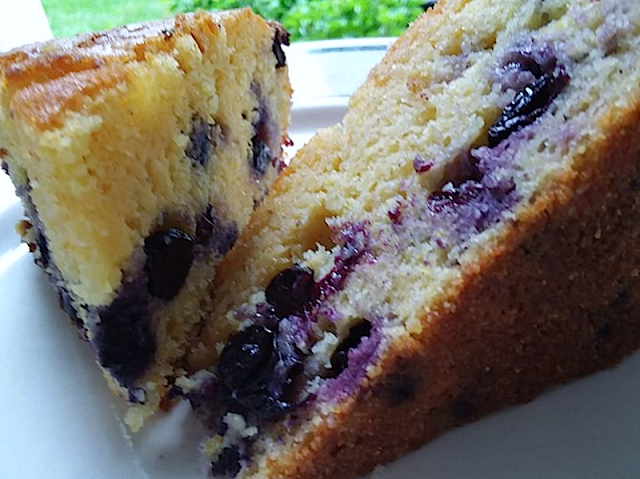 It's sad to believe that summer is coming to such a swift end.

Before fresh, local blueberries leave your favorite farm stand, I urge you to give a hand to this simple-to-prepare recipe from America's Test Kitchen. Neither sweet like a cake nor savory like  a classic cornbread, it is somewhere in-between. On it's own, it is perfect for a weekend breakfast with a hot cup of coffee or tea. With eggs and bacon or sausage, how can you really go wrong? 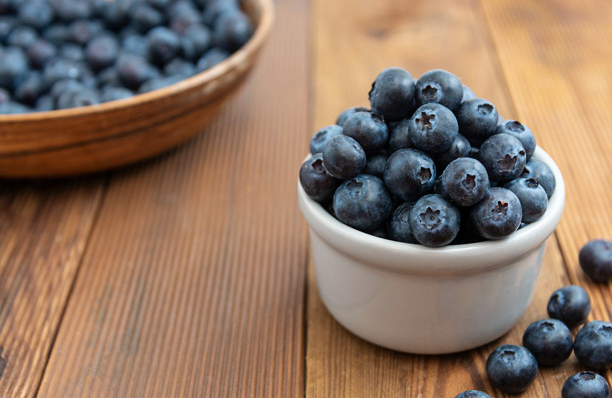 When I make recipes like this, and to make baking quicker and smoother, I mix the dry ingredients the night before--and often grease the pan, too. The following day, all I have to do is to measure out the wet ingredients, add to the dry, spoon into the pan, place in the oven and that's it. I'm done!

To remove the cornbread from the pan, place a wire rack over it and flip. Use another wire rack to flip again right-side up. Because there are so many blueberries, it is easy for the bread to crack along  the "blueberry fault lines." So be a bit careful and avoid "playing" with it. 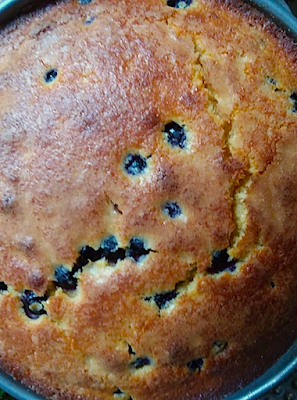 The dusting of sugar on top of this "cake" does not really act as a sweetener. Instead, it creates a nice crispy top, so be sure to exercise some patience to evenly cover the entire surface.

I'm not so sure this would work with frozen blueberries, so I am not going to suggest doing so. I feel they might "bleed" into the batter to make it blue. 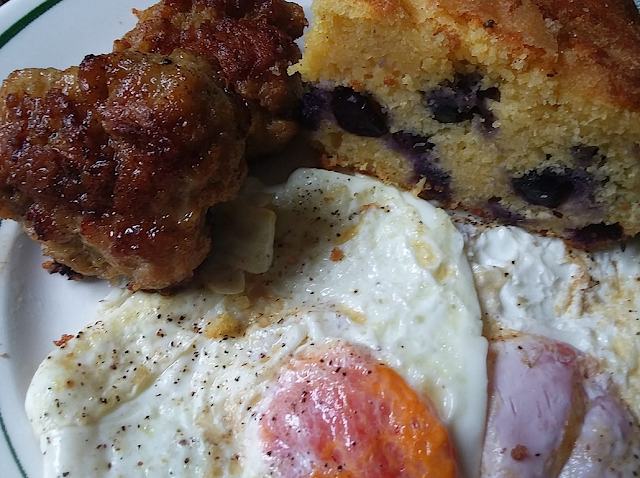 Whisk together the dry ingredients in a large bowl. Set aside

Whisk wet ingredients in a smaller bowl then add to dry ingredients. Mix just until combined. It is not necessary to mix out all the lumps, but no dried flour should remain.

Carefully fold in the blueberries and then mound the mixture into your prepared cake pan. Smooth the top. Sprinkle with the one tablespoon of sugar.

Bake 40-45 minutes if using a light-colored pan. A dark-colored pan will take less time, so check after 30-35 minutes. It is done when the center bounces back a bit and a sharp knife comes out clean of batter.

Posted by Kitchen Bounty at 7:22 AM 2 comments