Well, since I returned to working full-time about a year ago  (as opposed to part-time "retirement" even though I was working full-time hours), I just don't have that much time to cook or to blog recipes when I would like. I figured the pressure cooker would solve that problem. And, on many levels, it has. As an example, this roast that would normally take 6-8 hours in a slow cooker only took 45 minutes in the pressure cooker. And it tastes better. Yes, you heard me correctly, only 45 minutes for fork-tender, flavorful meat!

Today's electric pressure cookers are not at all like those from forty or fifty years ago. I still remember my mom hefting this massive metal bomb from the bottom cabinet.  It hissed and spewed out steam like an old locomotive. Electric pressure cookers rarely shoot out geysers of steam, if any. Instead, they bring the recipe up to "pressure," and keep it electronically monitored so there is no steam during the cooking process until you "vent" the finished product. That's it. No bomb! And great for the summer! 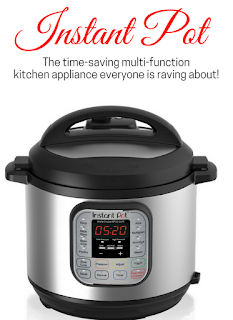 Most electric pressure cookers are equipped with diverse settings. The Instant Pot, for example, serves as a steamer, slow cooker, rice cooker. It can saute. It also has settings particular to specific recipes such as soups, stews, and beans. The more expensive models even serve as a sous-vide!

But, what no pressure cooker can do is brown and sizzle. Pressure cookers are best for recipes that require lots of moisture which is needed to build up the pressure. You can saute/brown chicken breasts before adding to the pressure cooker, but the skin will still end up rubbery, not crisp. Some people remove the product to crisp under a broiler. To me, that just defeats the concept of a time-saving pressure cooker. But, what you can do .... invest in a mini blow torch specifically made for the kitchen. Brilliant.

The recipe below can be prepared in the crockpot. Just cook on slow for 6-8 hours.

For this recipe, use Mexican coca-cola which uses sugar, not corn syrup. It is easily found in the Hispanic section of most grocery stores. Do not sub ketchup for the chili sauce. 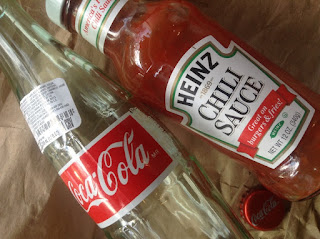 Lightly dust the roast on both sides with garlic powder.  Nestle roast in the pressure cooker. Sprinkle the roast with the dry soup mix. Carefully pour in the soda around the roast. Cover with the chili sauce. 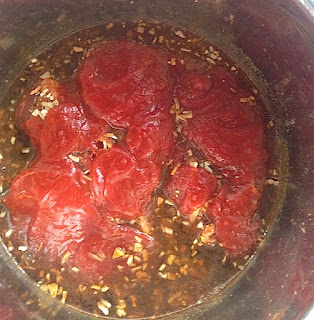 Secure lid on pressure cooker. Place the valve to sealing position. Cook on high for about 45 minutes. Allow to decompress naturally. Carefully remove the lid. If you want it a bit more fall-apart tender, re-place lid and bring to pressure for another five minutes or so. When finished, remove roast to a serving plate. Mix juices and pour into a bowl for serving.


Serve with mashed or boiled potatoes or broad egg noodles. 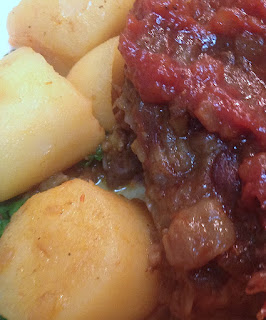 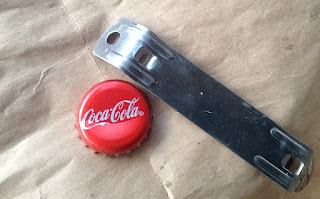 Posted by Kitchen Bounty at 7:43 AM