Star "Rolls" in the Kitchen 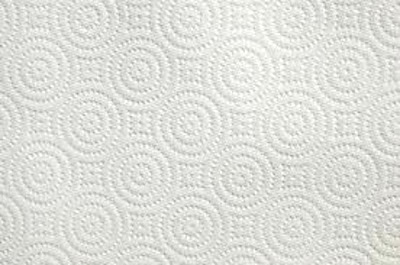 Whenever a sheet of tin foil zips across the metal teeth of a roll, I think of my Grandma Mary who called it "one of the greatest inventions." She, of course, lived through The Great Depression and WWII when anything "metal" was considered dear, indeed. And worth saving. She rarely crumpled up a piece to toss into the garbage. Instead, it was wiped down and neatly folded to be used again. And again. Along with pieces of twine, rubber bands, and paper bags.

During this, our own Great Recession, tin foil isn't cheap. And, if you're on a budget or just trying to make ends meet, like me, you, too, may think twice about wadding up a sheet and non-chalantly shooting it into the garbage. I find myself wiping it down, folding it neatly, and storing it in the cupboard. Why not?

But for my money, the star "roll" of the kitchen is paper towel. On occasions when I accidentally run out, I go crazy. Nothing can compare to its utilitarian necessity or invention. How did people survive without it? They must have had piles of dishrags,  towels, sponges, mops. And that, of course, meant extra work of washing and drying them. And then folding and storing.

Most paper towels today are just about as strong as a "rag." But since they are disposable, they are really more sanitary. In fact, that's how paper towels really got started back in 1907. They were used for "medicinal" purposes in schools--to wipe runny noses of children to prevent the spread of colds and flu. They were then called "Sani-Towels." It wasn't until 1931 that they were introduced in the form we know today, but it would take a few decades before they caught on as an everyday kitchen staple and a grocery aisle all to themselves.

Window washing, cleaning up pet (and human) "accidents" require paper towels. But so do the following: skimming off grease from a stock or gravy, absorbing grease when microwaving bacon, lining refrigerator vegetable bins, liners between dishes and pots, emergency toilet paper. The list goes on and on. And, unlike tinfoil, paper towels are biodegradable.

Plastic wrap is another star of the kitchen, although it's debut didn't occur until well after WWII. But it's rise was meteoric and I can still remember the neighborhood excitement when "sandwich" bags appeared, replacing the old stand-by, wax paper.

Plastic wrap is a storage unit in-and-of itself. It is indispensable for covering leftovers.  My favorite use is to wrap wet paint rollers and brushes with it and then put them in the freezer until needed the next day.

Wax paper doesn't get much use in my kitchen. I use it primarily to spread out bread crumbs for dredging, measure flour when baking or to cover a dish loosely, such as a pie. Of course, as a child, it was used regularly to grease a metal slide or to iron leaves between two sheets for school projects.

I keep a roll or freezer paper handy although I don't use it much. Once something goes into the freezer . . . it's a certain slow death and I tend to forget about it until I exhume the anonymous frozen corpses one by one . . . and usually toss them into the garbage. A roll of parchment paper is a must for baking.

Although they are now mostly built-in, my first dishwasher was an apartment-sized portable that rolled on wheels. I worshipped it. My last kitchen didn't have a dishwasher and was really too small even for a portable (which are difficult to find). I went insane. Never again. Never.

Foil, plastic, paper all on a roll. They may be supporting roles, but they're crucial and essential to the star of the show: the cook.

Posted by Kitchen Bounty at 5:22 AM