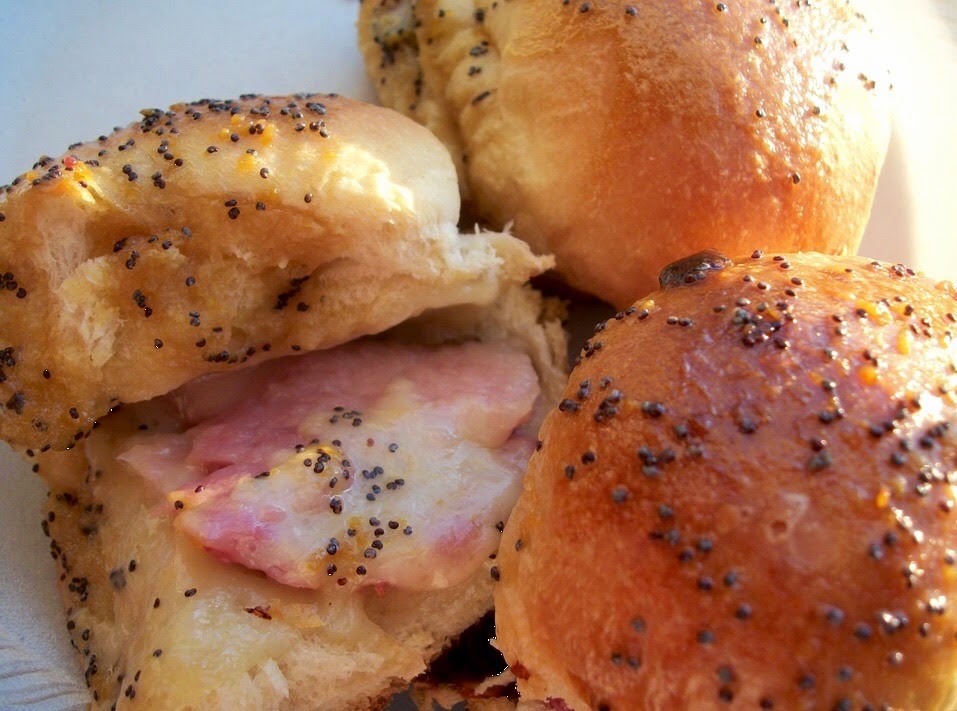 Posted by Kitchen Bounty at 6:55 AM

Hi Gary,
I like that you used a different kind of cheese. Good choice.

Hi Mr.C,
I've made a similar pan of sandwiches using turkey left over from holiday cooking instead of ham. Thanks for posting this; the sauce instructions will be useful to me next time I make these!
David Rynes