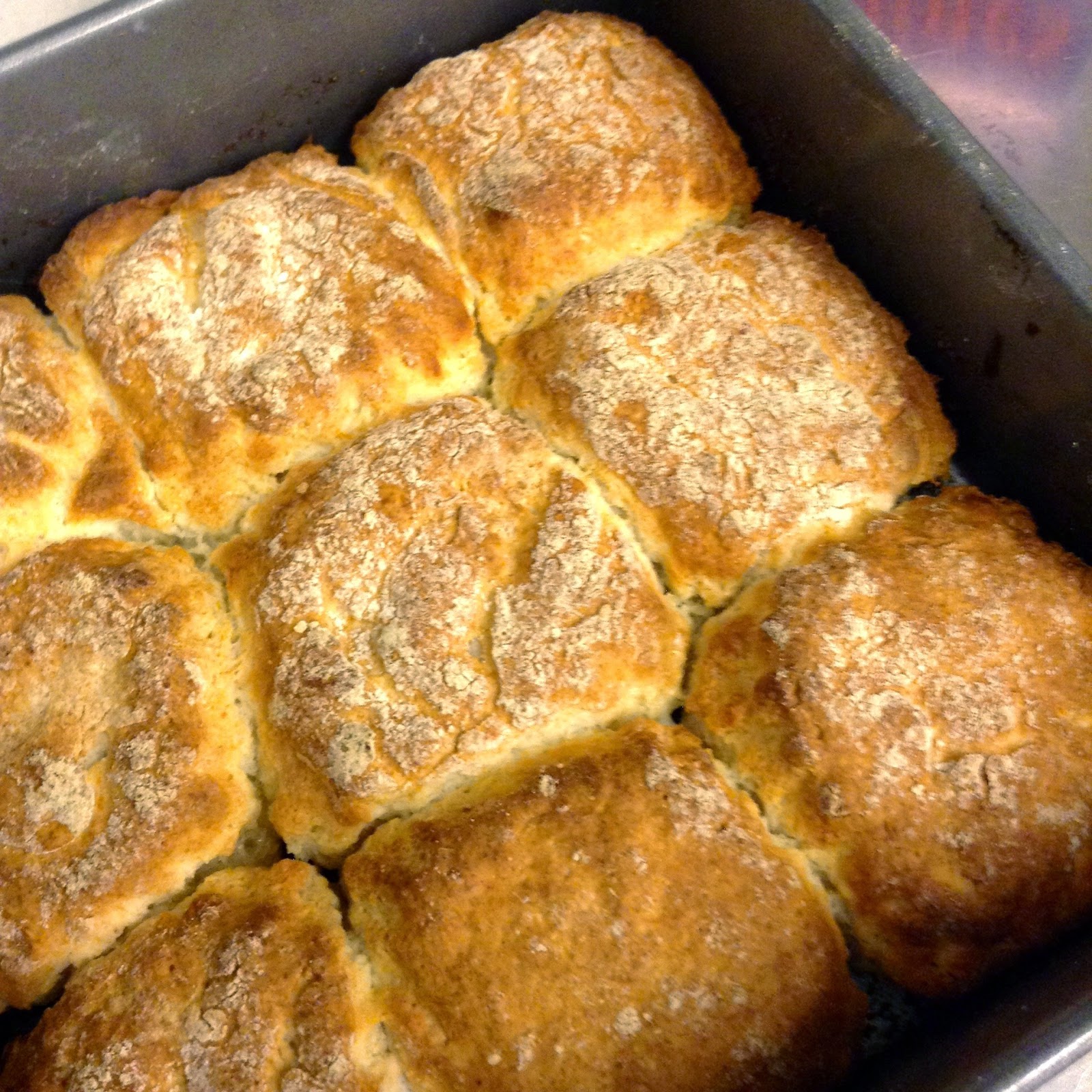 Wow! It won waves of accolades from my co-workers. One said it was the best biscuit he ever had. And his mom was Southern!

I love my own recipe for biscuits. But there's just something about these ... That crusty/buttery bottom and then the ultra-tender interior from the addition of sour cream. Even cold, these biscuits retain flavor without the tinny after taste of baking powder. 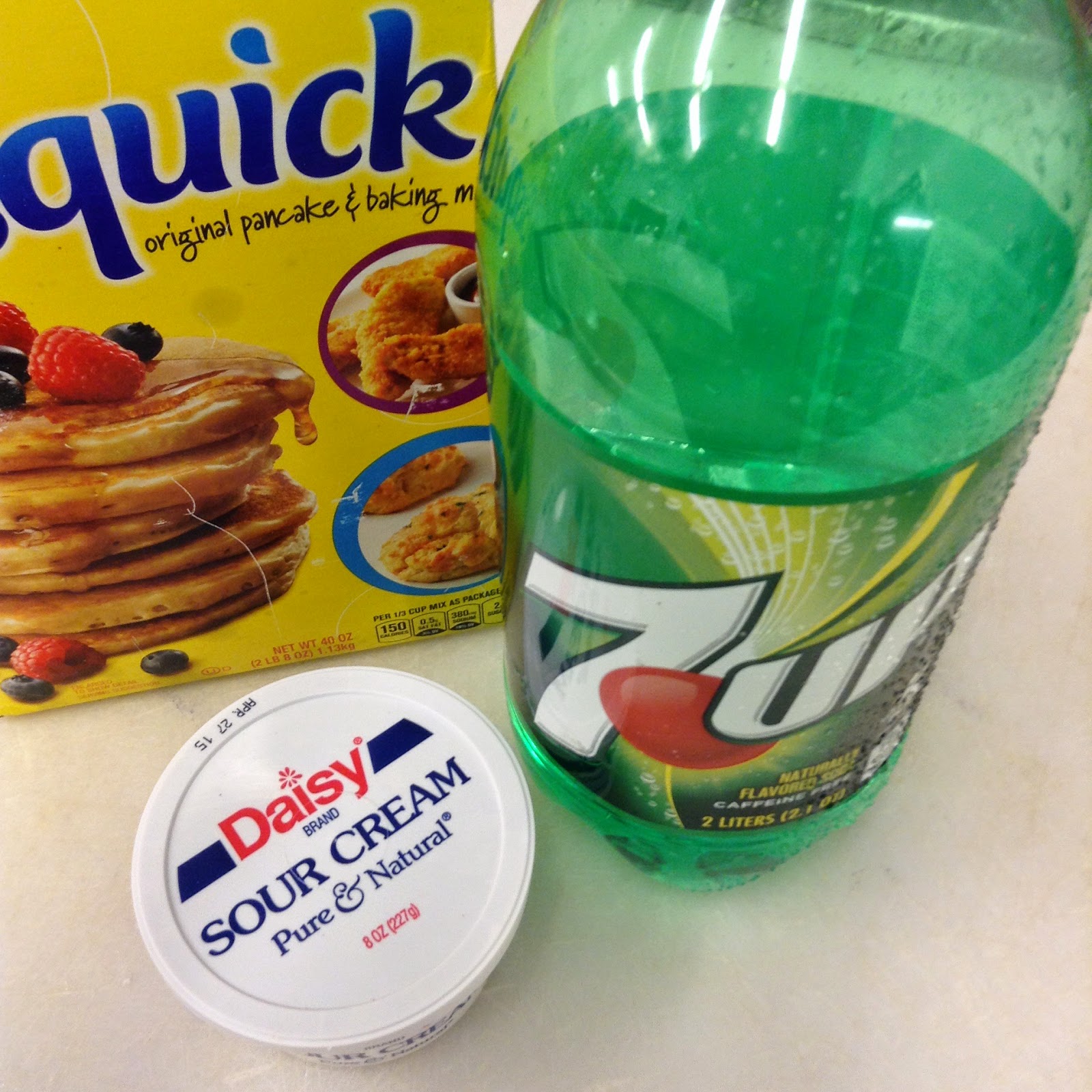 Using a spatula or large spoon and not yours hands, scrape the mixture into a blob onto a well-floured board. Sprinkle the top with a bit more Bisquick. Dough will be wet and sticky but very light and soft. DO NOT KNEAD THE DOUGH! Instead, gently pat to bring it together to form a circle one-inch thick. Cut biscuits using a floured biscuit cutter. Gently dust off each biscuit before placing into pan.
Bake at  420 - 425 degrees Fahrenheit 20-25 minutes. Allow to cool 5-10 minutes before eating.

Posted by Kitchen Bounty at 6:53 PM

Email ThisBlogThis!Share to TwitterShare to FacebookShare to Pinterest
Labels: 7 up biscuits