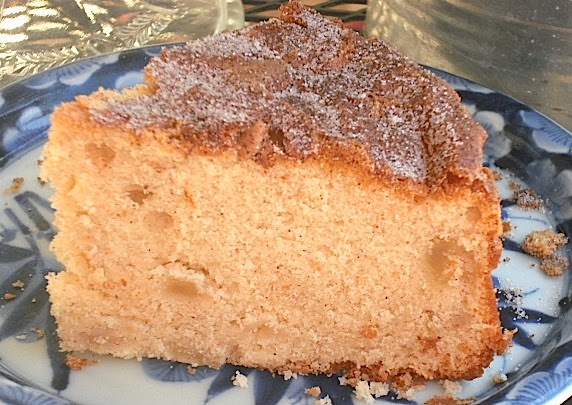 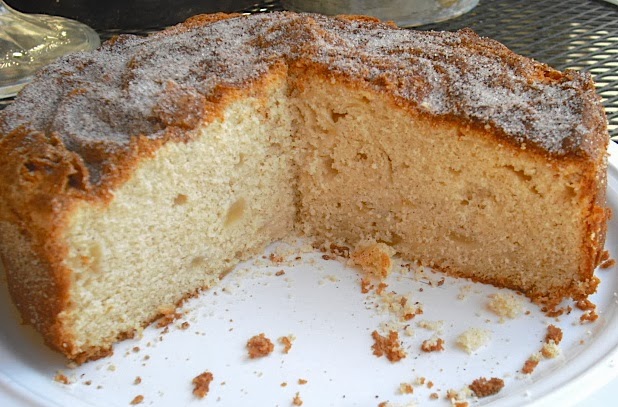 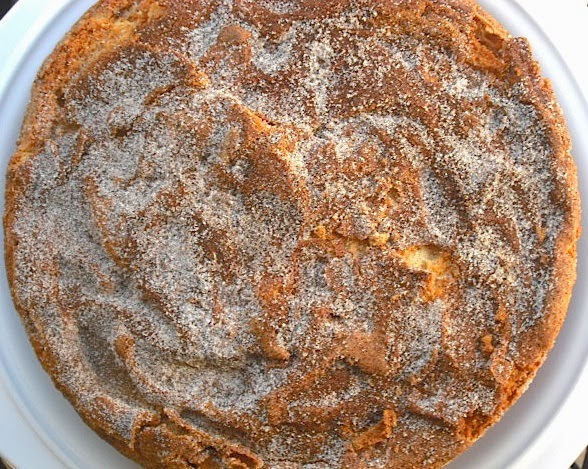 Since I work in the produce department of a grocery store, people often ask what we do with "old" items. It's simple. We donate them to a soup kitchen. Most grocery stores do--from dairy to bakery to market. Volunteers usually arrive in the late morning after we have "culled" the shelves to discard dated/bruised items. Even so, there is still much "throw away." There have been times when taking out the trash that I've stumbled upon "dumpster divers" carrying away food. It breaks your heart.

Lately, I've been "rescuing" apples. The bruised. The dented. The split. The misfits. How could anyone throw away anything named Honey Crisp or Pink Lady? Don't even get me started on dated, fresh-cut flowers . . . .

This is a beautiful cake with a delicate, moist crumb. Use a crisp apple, such as Honey Crisp. Or Jazz. The rum is nuanced, not pronounced, and it complements the white-wine savor of pure apple flesh.

And, please, use the required 8-inch spring-form pan. You want your cake high, not flat.

Next time, I will chop some of my apples into chunks larger than the one-half inch dice I used here and maybe increase the amount to almost two cups instead of the 1 2/3 cups (8 oz.). I used McCormick's Apple Pie Spice. If you don't have it, just use cinnamon or mostly cinnamon with a bit of allspice/nutmeg thrown in.

The addition of cream cheese makes this cake stand apart from other apple cakes. And White Lily Flour, the flour of the South as opposed to the North here in the United States. Cake flour works as well. Both will give a noticed tenderness to crumb texture. If using either, pay close attention to substituting all-purpose flour with it. The recipe below is for all-purpose flour.

As difficult as it may a seem, a cake such as this is best left uncut for a day to allow the flavors and the moisture from the apples to absorb into the cake. I like the top "crunchy," so I leave it uncovered but wrap a piece of foil around the circumference.

About 30-60 minutes before assembling the cake:


Take two tablespoons of the cinnamon/sugar mixture and mix into the flour mixture. Reserve the rest.

Blend the flour mixture into the butter/egg mixture to create a smooth batter. Mix in apples.

Pour into prepared pan. Sprinkle the top with the rest of the cinnamon/sugar mixture.

Baking time will depend on moisture in apples. Bake until cake pulls aways from sides a bit anywhere from 55-75 minutes.

*If using cake flour or White Lily Flour, adjust amount of flour according to package directions.

Posted by Kitchen Bounty at 3:08 AM