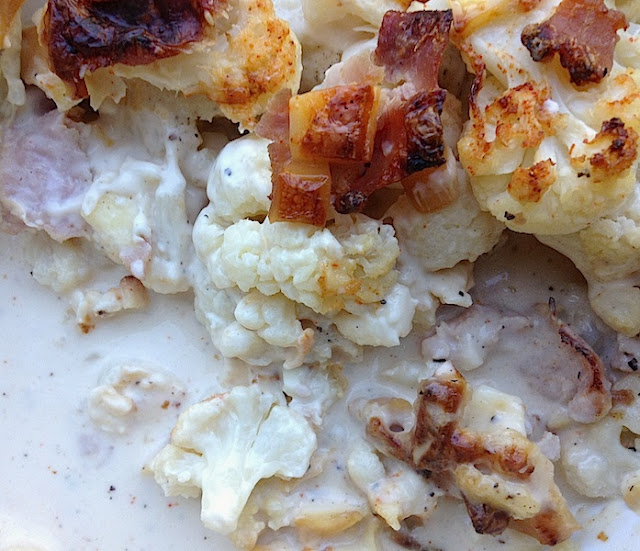 I make no apologies for the decadence of this dish.

Nor its ease to prepare.

It has been on mind for several months, ever since I saw a video of something similarly prepared with fussy, messy bacon and a complicated Bechamel sauce. The concept was divine. But I found the plethora of pots, pans and bowls a nightmare to clean-up.

So I created this. Deli ham. Store-bought Alfredo sauce. Smoked cheese.
And one pot.

It was all cozy-smoky. Kind of mac-n-cheese gooey-but with the al dente lushness of cauliflower instead of pasta. Rich. And oh-so-satisfying.

I used smoked Gruyere, but any good smoked cheese will work (next time I will use smoked Gouda). I did not shred it; instead, I kind of sliced/cubed it into tiny pieces. It lovingly melted into the ham and sauce mixture--except for that soft, happenstance-piece or two like soft toffee that melted on the tongue.

For the ham, I simply used a thick-sliced piece of ham-off-the-bone from the deli. For recipes like this, I never "cube" the ham. Instead, I sharply angle my knife and slice on the bias for un-uniformed thin, pink pieces. In the oven, the edges crisp like bacon. Leftover holiday ham is wonderful.

I like my sauce a bit on the thick side. So I sprinkled the layers of cauliflower with a bit of Wondra flour. I suppose I could have just as easily mixed it with the sauce itself. (Regular flour will work just as well). 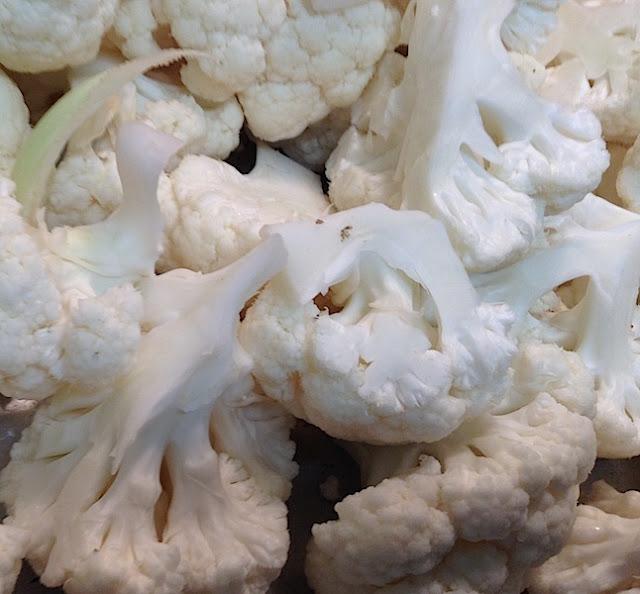 This is really more of method than a recipe. Two days before, I tested a trial-sized one in a small dish. Trust me, you will want a larger dish! 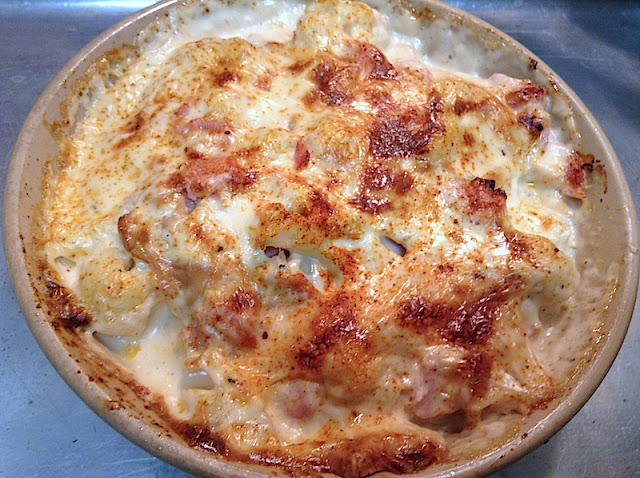 Just before baking, I sprinkled with a bit of Cayenne pepper. You could just as easily sub paprika, smoked paprika or smoked chipotle powder. I liked the bit of "kick" but go easy.

Parboil the cauliflower for about 5-6 minutes, just until tender. Drain and return to pot.

Butter your casserole dish and pre-heat oven to about 375-degrees Farenheit.

The sauce, ham and cheese has plenty of salt, so really do not need any.

Layer on the rest of the cauliflower, flour, ham and cheese. 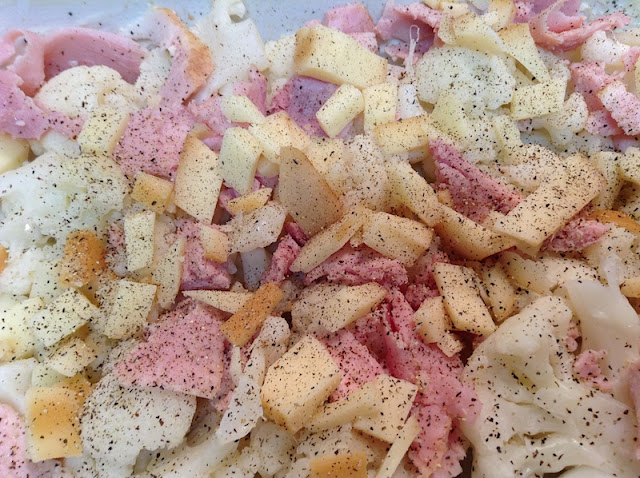 Evenly cover with the Alfredo sauce and a sprinkle of paprika. 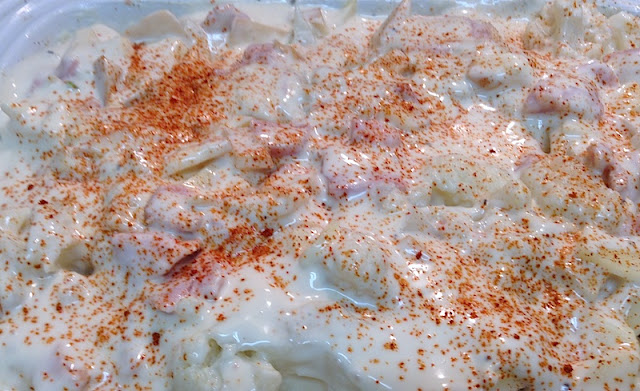 Bake, uncovered for 25-30 minutes are until all bubbly and the top has started to brown. If desired, put under the broil for just a minute or two to form a bit of a crust.

Allow a rest time of about ten minutes before serving.

NOTES: This a great make-ahead side dish. Simply cover and store in the fridge without the sauce. When ready to bake, spread with sauce and powder with paprika.  If cold, cooking time may take longer.

Posted by Kitchen Bounty at 6:20 AM

Nice to see you are back - I've missed your recipes.

OMG!!! That looks fantastic. No need to apologize for the decadence.

Where have you been? Hope all is well. This getting old-thing is daunting.