Fried salami is several times cheaper than bacon. It fries much faster. And it is cleaner with less grease.
Why Genoa? It has peppercorns in it and bit more spices. 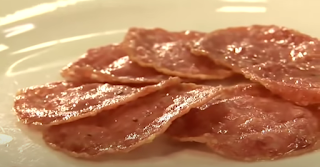