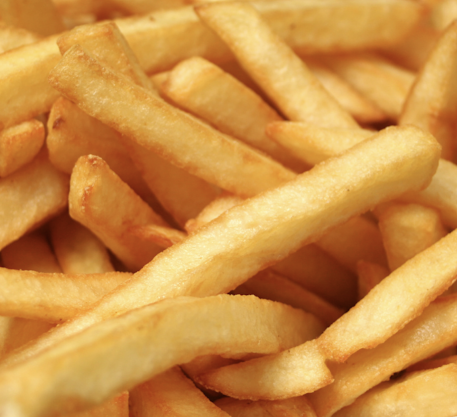 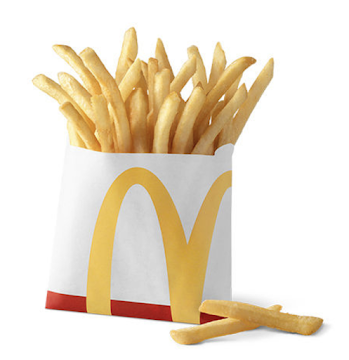 The culprit with fat is hydrogenated fats, also known as "trans-fat" which raises bad cholesterol and lowers good cholesterol. Hydrogenation is the industrial process of adding hydrogen to oil to turn it into a solid so it has a longer and more stable shelf life. Crisco is an example. As is margarine.
Prior to WWII most American kitchens used lard. My father fondly recounted how a treat during The Great Depression was a piece of bread spread with lard and sprinkled with sugar. After WWII, lard fell out of favor as margarines hit grocery stores. It was considered "classier."
It is now possible to buy lard without any trans-fat in it at all. When McDonald's decided to substitute vegetable oil for animal fat, it was at the height of the trans-fat controversy that swept the country. To appease public opinion, they switched to oil.
The fat that McDonald's used was called Tallow 47, which was a blend of 97% lard with 3% vegetable oil. It was inexpensive. Why "47?" That was the price for a complete "meal" back then ... ł5 cents for a hamburger, 12 cents for fries and 20 cents for a milkshake.
Peel the potatoes. In a large mixing bowl, combine sugar, corn syrup, and hot water. Make sure the sugar is dissolved.
Cut the peeled potatoes into shoestrings. The potatoes should be 1/4'x 1/4" in thickness, and about 4" to 6" long.
Place the shoe-stringed potatoes into the bowl of sugar-water, and refrigerate. Let them soak for 30 minutes. While they're soaking, pack the tallow into the deep fryer.
When it is at least 375° F, drain the potatoes. Pat dry. Place into fryer. After 1 1/2 minutes, remove the potatoes and place them on a paper towel lined plate. Let them cool for 8 to10 minutes in the refrigerator.
After the deep fryer is reheated to 375°-400°, add the potatoes and deep fry again for 5-7 minutes until golden brown. Remove and place in a large bowl. Sprinkle generously with salt, then "toss" the fries to mix the salt evenly.
Depending upon the size of the potatoes, this recipe makes about 2 medium sized fries.
Here's the video I watched.

Posted by Kitchen Bounty at 6:14 AM