"Liver" is one of those words with which we have a love/hate relationship. I had my first chicken livers when I worked in a restaurant during high school. I loved 'em. The texture was silky and luxurious. They were simply paired with onions and paprika. In this recipe, I use smoked paprika, bacon, brandy and a bit of hot sauce. Served with a garlicky pasta, it's a classic but inexpensive meal. 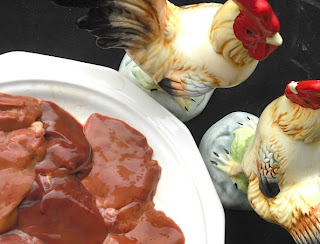 For the "bacon," I used sliced and smoked hog jowl. If you use bacon, it should be a bit on the thick side.


Rinse livers well removing fat and gunky parts. Cut in half/separate the livers. Allow to drain in a colander.

Cut bacon into matchsticks. Slice onions and measure out the pasta. Bring a large pot of salted water to the boil. Place about 1/2 cup of AP flour on a large plate. 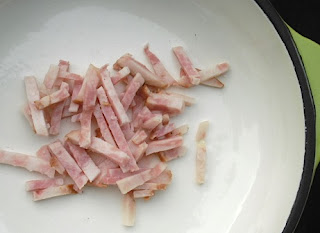 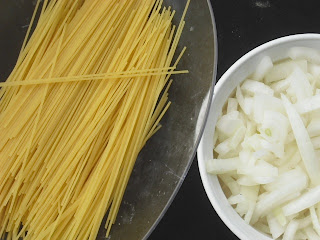 Saute bacon in pan just until it browns and renders its fat. Remove bacon to drain and cool. Leave the fat in the pan.

Dredge the livers in flour. 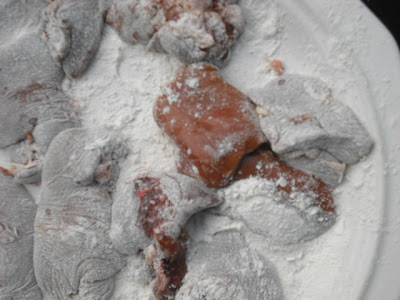 Add one teaspoon butter and one teaspoon olive oil to pan along with the bacon fat. Add flour-coated chicken livers and sautee on each side for 2-3 minutes. Remove to a separate plate. 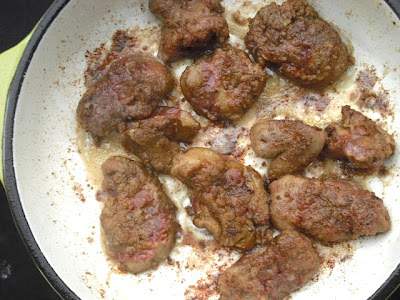 Add 1 - 2 teaspoons butter and one teaspoon olive oil and one tablespoon brandy. Scrape up bits from bottom of pan. Add chopped onion. Sautee until volume is reduced by half, adding 2 tablespoons brandy during the cooking process and 1/2 cup stock, adding more when needed.

When carmelized and thick, add the garlic and stir just until fragrant. Add the smoked paprika and Tabasco. Stir. Add the chicken livers. Reduce heat and simmer for several minutes. 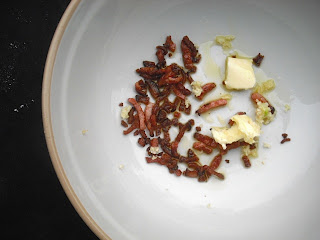 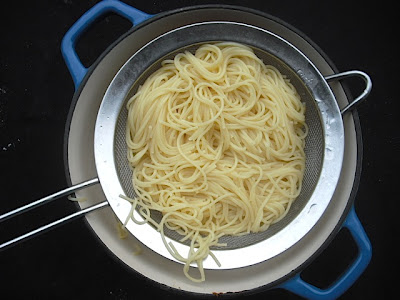 To serve, mound pasta on a plate and place livers on top. Sprinkle with parsley or celery leaves.


Notes: I initially used 8 oz. of livers but should have used 12 oz, about 16 pieces. Livers are usually connected, so you have to cut them in half. Eight whole livers will result in the 16 pieces.

Posted by Kitchen Bounty at 6:38 AM